This year our Human Rights Channel has strengthened its reputation as a source for verified citizen video documenting abuse and protest. We gained nearly 700 new YouTube subscribers and 2200 Twitter followers, including members of the diplomatic community, leaders of human rights organizations and reporters and producers from major news outlets such as Al Jazeera, the AP, The New York Times, and NPR. We also partnered with groups like Amnesty International to curate playlists.

Not only did we expand our audience, but the HRC helped us get human rights videos to people who can make a difference. For example, members of the US State Department discussed our playlist documenting apparent war crimes in Syria and our playlist on Mali was referenced in the Coalition for the ICC newsletter.

To bring further awareness to the ways in which people are using video for change, we published a weekly blog post featuring highlights from the HRC. We also established the Channel as a leading voice in the public discussion about the role of citizen video in human rights documentation by publishing the “Citizen Video for Journalists” series. Here we invited journalists from leading news organizations to help educate the mainstream media about the importance of citizen video and how to incorporate it into their reporting. We've also seen our blog posts on the issues of authentication and verification picked up by PBS’ MediaShift blog.

To top it off, in April 2013 we were very excited to learn that the HRC was one of only five finalists in the 17th annual Webby Awards' Public Service and Activism (Channel) category. 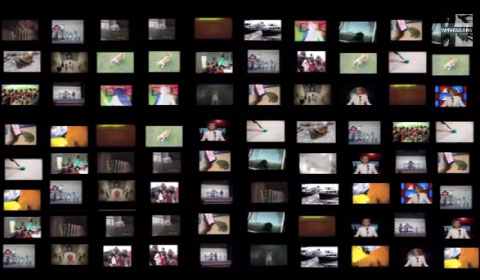 Playlists from the HRC have been shared by the US State Department, Human Rights Watch and the Coalition for the ICC. We were also a finalist for a Webby Award.