For the past two years, we’ve worked with partners who are focused on ending gender-based violence in armed conflict and post conflict situations. This year, we worked with more than 10 organizations to complete five videos that have been screened for several targeted audiences in government and the international criminal justice community.

In March 2013, Our Voices Matter, a video we produced with Women’s Initiatives for Gender Justice, was screened at an advocacy meeting in Goma, Democratic Republic of Congo. Actress and UNHCR Special Envoy, Angelina Jolie attended the event and after the screening, she was moved to comment:

“We came to the DRC to highlight issues of sexual violence, and you have made our work easier – [Our Voices Matter] says it all. It is often difficult for women to speak about these types of experiences and it is incredible that they trusted the organization and your partners to tell their stories…”

A few weeks later, Jolie and UK Foreign Secretary William Hague launched an historic agreement by the G8 to work together towards ending sexual violence in conflict. Our Voices Matter helped to catalyze the G8 Declaration on Preventing Sexual Violence in Conflict. The declaration includes a commitment to develop an international protocol on investigation and documentation of rape and sexual violence in conflict and a commitment for increased funding for international prevention and response efforts.

Our Voices Matter video helped to catalyze the G8 Declaration on preventing Sexual Violence in Conflict. 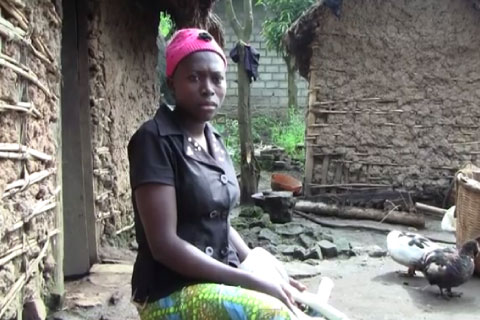